South America is rich in sunlight resources, which is very suitable for photovoltaic development. Chile and Brazil are currently the two GW-level markets. This article is a simple analysis of their respective advantages.

Chile has become a popular market for renewable energy investment due to its low labor prices, abundant sunlight resources and a good financing environment. 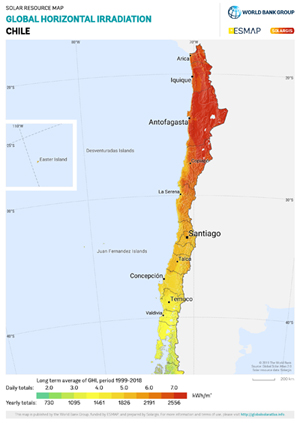 Advantages of solar development in Chile

The northern part of Chile is the area with the highest sunshine intensity and abundant light resources, so it has many potential customers.

In December 2015, the Brazilian government passed the "Ten Year Energy Plan" (PDE), which set a target of 8.7GW of photovoltaic installations.This business has a large scale of financing and a wide range of coverage, and it is bound to introduce foreign capital. 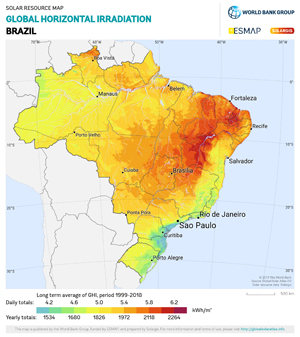 Northeast Brazil has the highest population density, not only has Brazil's best light resources, but also has a relatively developed economy. Therefore, this area has a large demand for electricity. At the same time, the northeast has significant environmental advantages, without hurricanes, earthquakes, and ocean corrosion. The above advantages can reduce the cost of photovoltaic installation.

Southeast is the most industrially developed region in Brazil. This region has famous cities such as Rio de Janeiro, Sao Paulo, and Minas Gerais, accounting for 55.4% of Brazil's total GDP.Therefore, you can focus on the photovoltaic installation on the roof of the factory buildings.

In short, whether in terms of solar resources or policy factors, the photovoltaic market in South America is very large and promising. Photovoltaic installers should seize the opportunity to expand the South American market.