The power imbalance caused by the growth of solar energy on the roof will reduce the power operation demand during the day. When the weather is good and the sun is setting, the power generation on the roof will decrease rapidly, which requires the traditional fossil fuel generator to increase the output power rapidly. At this time, the problem of power grid stability will appear.

The problem is exacerbated by the increase in household electricity demand at night. The simplest solution to duck curve is to add battery energy storage in a single household solar system to smooth the net power curve.

Although the above solutions are known to the public, there is very little information available to evaluate alternatives. Therefore, in this article, I will discuss on the basis of "research results of determining the impact of household batteries on household and grid power performance". 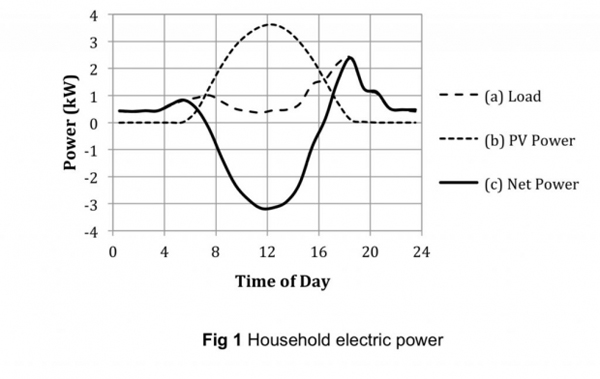 Figure 1 shows the problems of a family.

Curve (b) shows the calculation results of solar power provided by a 4kwp roof solar array to a house on a sunny spring day in Perth, Western Australia. Solar power peaked at noon, when available electricity was almost useless.

During this sunny day, the family used only 38% of the available solar power due to the mismatch between load and supply curve. During the day, the load exceeding power assumption will be input into the grid.

Curve (c) shows the net power flow in and out of the house (negative value is the output power). It's the duck curve of a family. The solar power output at noon reduces the operation demand of power grid.

The decline in rooftop solar power and the increase in household load started to increase net electricity in the afternoon. Due to the asynchronous supply and demand of household power, the grid needs to provide backup power in the afternoon to meet the growing load. 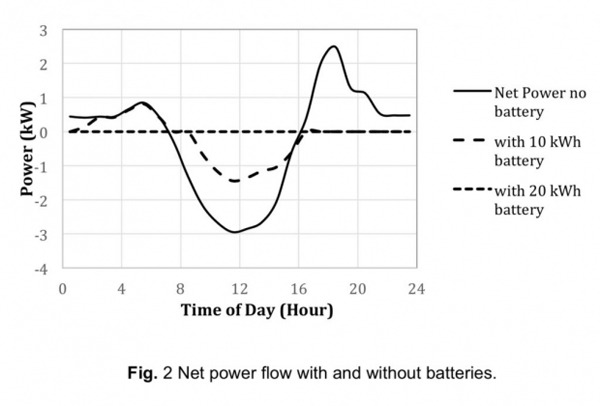 The effect of adding 10kwh battery to the household current is shown in curve (b) of Figure 2.

Daytime energy storage reduced power output from 17.5kwh to 7.5kwh, a drop of more than 60%. The electricity meets the night load demand, increasing the self-sufficiency rate of household solar energy from 38% to 82%.

As shown in the curve (c), adding another 10kwh of energy storage (a total of 20kwh) can make the curve completely smooth, and realize the day's home power consumption. In addition, 4kwh of electricity is reserved in the battery for transmission to the grid at 8pm. 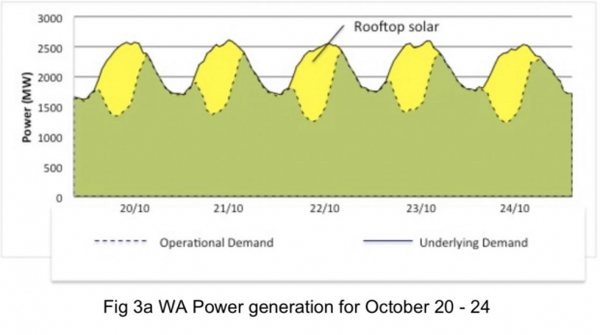 Figure 3 shows the situation when the household power shown in Figure 2 is put under the current background of Western Australia power grid. Figure 3 (a) shows the in operation and basic electricity demand curve for the week of October 20-24, 2020.

The operation demand curve includes all forms of power generation except roof solar energy. All the days are sunny and the peak power demand is about 2500mW. Rooftop solar power can provide about 1100MW of electricity at noon on a sunny day, equivalent to 45% of peak demand.

As shown in Figure 2, the peak output power flow of a family's 4kwp roof array at noon is about - 3KW. Compared with the power level of the grid, this seems to be a very small number.

It is estimated that about 33% of the approximately 1.1 million homes in Western Australia have rooftop solar power. If these houses output 3KW power to the grid at noon, the total power can reach about 1.1gw, which is quite consistent with the data of AEMO.

As shown in Figure 3 (a), the supply of roof solar energy quickly returns to zero in the afternoon. While meeting the increasing peak load at night, it is necessary to make up for this power loss by rapidly increasing the available schedulable power. 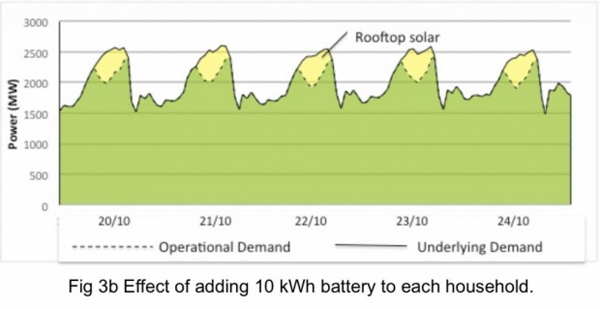 Figure 3(b) shows the effect of adding 10 kwh of solar energy storage to each roof. Compared with figure 3(a), it can be seen that after the increase of energy storage, the power supply of roof solar energy to the grid is reduced from 57.2gwh to only 7.5gwh, with an average decrease of 87% per day.

The electricity is stored to meet the evening load demand of households after 3pm. As a result, the daily grid power required to meet the afternoon load decreased from about 1050mw to about 460MW, a decrease of 56%. After the installation of 20kwh energy storage, all roof solar power generation is for self use. This power transfer occurs on the user side.

Almost all large batteries installed or to be installed are used to provide frequency control or buffer short-term voltage fluctuations. These problems caused by the reduction of daytime operation demand should disappear together with the emergence of household battery energy storage, so as to minimize the household output to the grid and household load demand.

The simple, bottom-up process of adding household batteries to existing and new rooftop solar systems not only greatly improves the self utilization rate of solar energy, but also minimizes the cost of power transmission and infrastructure.

Since the battery is installed on the user side, no additional infrastructure is required. This method should be implemented quickly. At the grid level, it is obvious that the household power demand will decline and stabilize in one day.

Since the "duck curve" problem originates from the roof of a single family, it is reasonable to solve this problem on the user side.

At present, the cost of household batteries has been lower than that of large batteries, especially so.